Family dynamics have changed a lot in recent times. Today, inability of a couple to have children does not mean the dead end of their desires to become parents. Surrogacy has been becoming a popular option among couples who want to have their biological children, instead of adopting someone. But still, surrogacy remains quite a hushed up topic in India for many reasons. Even after being the largest hub of surrogates in the world, most people in India (and abroad) are unaware about what surrogacy is, or how it works.

Surrogacy is a process in which a woman (known as surrogate) carries a child in her womb on behalf of a couple who are unable to become parents by conventional means. The embryo is carried by the surrogate for the gestation period, after which she gives birth to the child and hands it over to the couple. The surrogate has no claims whatsoever over the child.

India is the biggest place for surrogacy in the world. There are two simple reasons behind this.

First, the cost of Surrogacy India is cheap. The entire process doesn’t cost much, and surrogates are readily available. It began in 2002 when the government legalized Surrogacy India. Cheaper costs, along with easily available wombs, made India an attraction for foreign couples looking for surrogacy to become parents.

The second reason is the law. Most countries either do not allow surrogacy, or ban the commercialization of the process. This means that even in countries where surrogacy is allowed (like the US), one cannot pay the surrogate mother for the service. This makes it hard to find women who would take such pain and efforts without any money. In India, on the other hand, the laws have been quite relaxed regarding surrogacy. This has allowed surrogacy to become a booming business.

Another reason why surrogacy is such a readily-available option in India is due to lack of any cultural restriction. While sex is a taboo in India, motherhood is considered the supreme role one could play. In fact, mythological tales of women carrying and raising the child for someone else are found aplenty. So, renting your womb so that someone else could become parents is seen as an act of supreme service in India, which has encouraged women to go after on this route. In fact, surrogacy is sustaining the livelihood of many women in India. 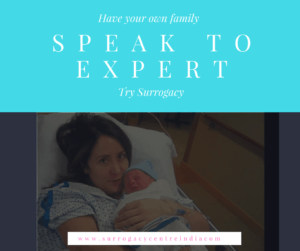 Even though surrogacy is a popular option, not many people are aware about how surrogacy works. Most people get confused between the types of surrogacy and perceive them as the same.Though are many types of surrogacy, most of them are illegal. The most widely accepted form is gestational surrogacy.

Gestational surrogacy is a newer process, but is fast becoming popular. In gestational surrogacy, the eggs are provided by someone else (the female partner or anyone else intended to be the biological mother), which are fertilized artificially by the sperm and placed inside the surrogate. The surrogate, in this case, has no genetic connection with the child and will remain only the birthing mother.

Gestational surrogacy is achieved by In-Vitro Fertilization (IVF), where the fertilized eggs are placed inside the surrogate for gestation.  The eggs could be of the female partner, or (in case she is unable to provide eggs) of an egg donor.

Who should opt for Surrogacy India

Factors in choosing the surrogate

Even though no legal restrictions exists regarding who can be a surrogate mother, there are some medical guidelines to be followed for Surrogacy India.

While choosing the surrogate, her health status must be kept in mind more than anything. Her blood pressure, sugar level, immunity and health history must be considered before choosing her to be the surrogate, in order to avoid any complications later on. Surrogate mother must also undergo mental health status examination by psychologist. Ideally, women who are between 21-40 years of age and have become mother at least once should be chosen to be the surrogate mother.

In some cases for Surrogacy India, people opt for ‘altruistic surrogacy’, where a closer family member serves as the surrogate mother for the couple. This type of surrogacy is often much better, as you know a lot more about the surrogate mother and can take care of her in a better way. However, it is hard to find people, even close family members, who would undergo such efforts without commercial gains. 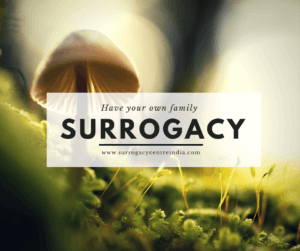